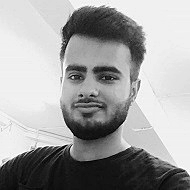 People are likely asking you your score, discussing cut-offs, panicking about admission lists. A red line on your mark sheet can feel like the end of your world. It’s not. In a few weeks, people will stop asking; in a few years, they’ll stop caring. And this is what he understood.

A 22 years old, Delhi born young man, Shrayan Lakhna mediocre in his studies fought for his life, not only to survive among people but to make a name for himself. He without knowing where his life will take him stood like a rock, faced challenges and understood that failing is no end to the world but a motivational step to stand up again and rise.

It is life’s surprises and upheavals, wrong turns and detours, miscalculations and missteps, that make each of us uniquely individual. Just like the phoenix who rose from the ashes, Shrayan did something of an equal amount.

Failed his high school, bullied by parents and friends, demotivated and almost lost his hope made himself know that there is more in life to achieve than being a graduate. He did his graduation in commerce under parental pressure but he knew his heart belongs somewhere else. Fought against everyone’s wishes, did a course in marketing. Later, he did work in some companies but found himself disinterested. After many hardships, he decided to launch his own website for those who want to do something of their own; to start their own business. He felt that there is a need to have a common platform where beginners or even experienced people could come forward and learn something.

Of course, he understands that life is not just a bed of roses, but challenges and hardships are an integral element of life which ultimately helped him to motivate himself and others. Shrayan knew, he was not the sharpest crayon in the box but that never stopped him from being colorful. He launched ‘startupopinions’ to help those who are looking for a direction in their lives.