AssessHub’s Predictive Analytics & Artificial Intelligence helps companies find and retain the right talent for the right role in the organization.

When a large private sector bank discovered that there were significant gaps in the perceived performance of prospective employees at the interview stage, and their actual on-ground performance after hiring, the management decided to take another look at how to optimize the talent acquisition process since it was impacting the bottom line of their operations.

As a result, it took help from Mumbai-based AssessHub for customized assessments and talent analytics solution. The bank identified the fitment of talent across 6 different roles in its branch banking business.

Henceforth, in 6 months, the accuracy with which they could predict the performance of a candidate at the hiring stage went up to 72 %. In addition, their sourcing cost came down by 30 % as a single candidate was offered multiple roles based on their assessment scores and predictive analytics at the interview analysis stage.

Twinkle Shah, Co-founder and Chief Executive Officer (CEO) of AssessHub says that it is a B2B SaaS platform that uses assessment science and predictive analytics to help companies hire, train and retain the right talent in the organization.

AssessHub is an 18-member strong team. It has offices in India, United States, and Dubai, and customers across 14 countries. The couple has over fourteen years of experience in the technology industry. Twinkle holds a Masters degree in Technology from Indian Institute of Management and Technical Studies, Chennai. 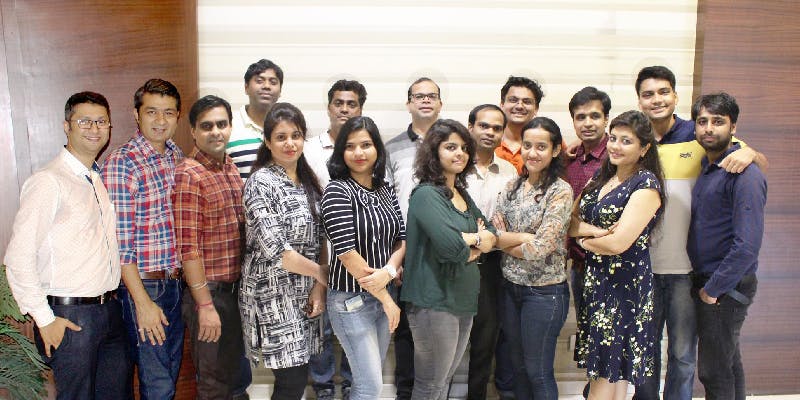 She was involved with managing large-scale technology operations and conceptualizing and developing technology-enabled HR platforms. Amit Desai holds an MBA degree from University of Technology, Sydney and was in charge of HR solutions for a global technology company for 5 years.

In their previous business ventures, where the duo was involved with startups, they had seen how challenging it was for them to identify the right talent for the right job. The model used to recruit, train and develop people was broken and highly subjective and even after spending millions on training and development, companies were not able to ascertain how people could perform to their potential.

This was mainly due to a completely non-standardized approach where decisions in the company were gut-based and not data-based, sometimes ad hoc and not even correlated with on the ground performance.

Amit and Twinkle were pretty confident about their ability to fix this setup. For this, they turned to progressive technology in the form of big data analytics, machine learning, and business intelligence coupled with assessment science to lower down these glaring gaps to the minimum.

The founder Amit Desai claimed that their company “AssessHub” let their customers reduce bad hires, lack of productivity and lower retention rates by 90 %.

Explaining their approach, the duo said that AssessHub helps the companies by assessing role-relevant skills and using machine learning and deep analytics to predict a candidate’s success in performing the role after hiring, hence improving revenue per person and productivity per person. It also helps companies retain talent and reduces the employee turnover rate.

Today, AssessHub is helping over 100 companies in 14 countries in making more informed hiring decisions through well-rounded assessments that cover the functional, technical, cognitive and behavioral aspects and effectively assess the role of a candidate, relevant skills, and competencies.

For the last 3 years, their revenue has been growing at an unprecedented rate and has reached the target of ₹ 5 crore mark in this financial year. The number of customers has also doubled and the number of assessments they perform has grown 5 times.

“As more people take the assessment, the system gets better at predicting the performance of a candidate, in turn enriching company-specific data. The assessment is designed on globally-proven scientific theories and principles and is statistically validated.

E-commerce generates 10% of U.S. retail sales and is continuously …
A successful startup needs all sorts of skills, and anyone …